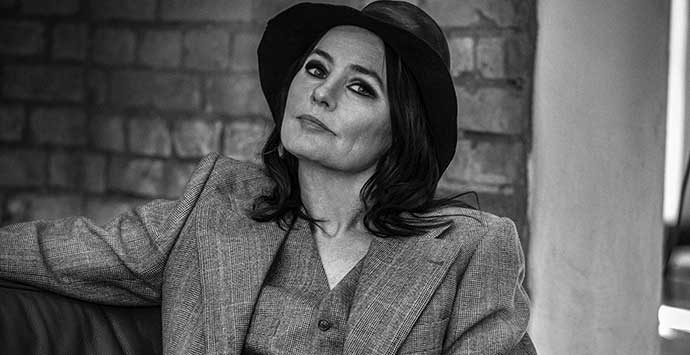 The Grande Dame of Swedish Folk Music, Sophie Zelmani, releases her 13th Studio Album and answered some questions in a rare Interview.

In 1995 Folk Music was not really hip

The Singer-Songwriter Sophie Zelmani from the Stockholm suburbs of Sweden entered 1995 the stage and released her eponymous debut album, which sold more than 200,000 copies in Europe and Asia Pacific, before moving to the US market, although Folk Music was not really hip in those years. It was a surprising success, but it made sense. Her songs were rich of melodies and strong lyrics with a sensitive voice between hope and despair. From then on Sophie Zelmani grew as musician and as songwriter, too. She recorded some fabulous albums, btw. „Precious Burden“ in 1998, „Time to Kill“ a year after, „Memory Loves You“ in 2007, her Number-One „The Ocean and Me“ in 2008 and „My Song“ in 2017, just to name a few. Her music has also contributed to TV series, Soundtracks and films. Her cover of Bob Dylan’s „Most of the Time“ can be heard on the soundtrack to „Masked and Anonymous“, her song „Stand By“ appeared in the film „Independence Day“ in 1996, the song „Always You“ in the film „My Best Friend’s Wedding“ in 1997, some others were involved to the TV series „Buffy the Vampire Slayer“ and „Dawson Creek“, and one song, „Going Home“, was covered in Mandarin Chinese and Cantonese.

Her most recent album titled „The World Ain’t Pretty“ (2022) is again full of wonderful songs, although it could be a mirror to the worlds fatal situation. The Grande Dame of swedish Folkmusic represents on her 13th album eleven songs between - yes, again - hope and despair, yearnings and mystics. Her singing voice is as good as always, her songs lives from great melodies but also from catchy string and horn arrangements, from mid-tempo-groove, and from the guitar-playing of Lars Halapi. I once met Sophie Zelmani in a face-2-face Interview. Her speaking voice was soft and whispering, she seemed not to be a confident young woman but a very shy person. This second Interview now was a Q&A via E-Mail. I asked her 12 questions, except for one, Sophie Zelmani answered all of them.

Dear Sophie,
many thanks in advance for answering the questions. I hope they are okay and interesting enough for you. I want to thank you also for your great and inspirational music…

Hello Manfred!
Thank you for kind words and for the questions. And also sorry for I’m not so good in English… 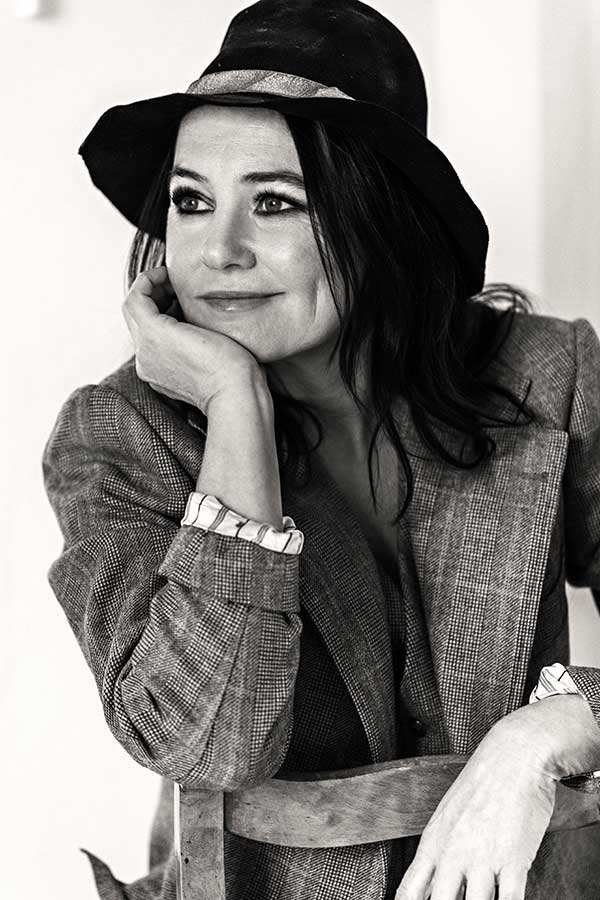 Kulturwoche.at: Joni Mitchell once said in an Interview, „You have two options. You can stay the same and protect the formula that gave you your initial success. They’re going to crucify you for staying the same. If you change, they’re going to crucify you for changing. But staying the same is boring. And change is interesting. So of the two options, I’d rather be crucified for changing.“ What do you think of this statement regarding to your way of making music, your career?

Sophie Zelmani: Well, I make music that comes natural and feel right for me I guess. I have no plan for what songs I’ll write or how it will be produced beforehand. For me it’s not even a choice because I don’t think that way. All I know that I in the end of the day can stand up for all my music I’ve ever done because it’s was always true to myself.

„The World Ain’t Pretty“ is your 13th album, the first release with new songs since „Sunrise“ three years ago. Are the songs results of the pandemic and lockdowns or is there another background?

Sophie Zelmani: Some of the songs derives from the time before the pandemic, some meanwhile and some after. But it’s the result of those strange years. Fear, frustration, boredome, concerns, losses. It took longer to get this album together than usual because we couldn’t see each other (band and producer) as often we wanted and needed to. I’m little surprised it turned out so well.

Many of your previous songs are self-focused, on this album not only the title-song is like an insight to the world’s situation or maybe to other people. You sing „Cause here the world ain’t too pretty / … / We’ll build a new one on our own“. How would look a perfect world for you?

Sophie Zelmani: That’s a too big question and still very easy to answer in a way.

„When you’re singing / The love in it’s so blessed“… What does mean singing to you / for you and music in general? Can you imagine a world without music and poetry?

Sophie Zelmani: This song was supposed to be sung by a friend of mine that has the most lovely voice that really moves me deeply. I know I’m not a singer, more a songwriter and only sings to express them. I know my limits very well and can only sing my own songs I’ve always thought.

With „Be For Real“ you have a cover of a song by Leonard Cohen from his album „The Future“. You once also made a cover from „Most of the time“ by Bob Dylan, which was released 2003 on „Masked & Anonymous“ and in 2015 you released „Bright Eyes“ and „Sailing“. … Were there any specific songs by Cohen, Dylan or any others, that you decided to start a career as a musician?

Sophie Zelmani: I had not heard neither Cohen or Dylan at the time I first was writing songs or before I got the record deal with Sony. It was Lars Halapi (my producer and guitar player) that showed it to me. And that moment just opened up a whole new to me that felt so natural and spoke to my soul.

Looking back, how well did you prepare for your own success?

Sophie Zelmani: My only step was to send the demotapes to some record companies and then it everything followed by luck and timing. I’m so thankful for how it turned out to be - that the musical life has been such a big part of my life.

Do you remember the first record you bought?

Sophie Zelmani: If my memory is correct it probably was a Roxette album from 1988 or so with a gift card I got from someone for a birthday.

In the last decade Vinyl became a triumphant return. I have your first three albums on coloured vinyl. The Sound is amazing and it makes a great joy to listen to it. Your music career startet at a time when Vinyl was not very popular and new releases were hard to find on Vinyl. What do you think of the different formats - Vinyl, Audio Cassette, CD, Download/Streaming? 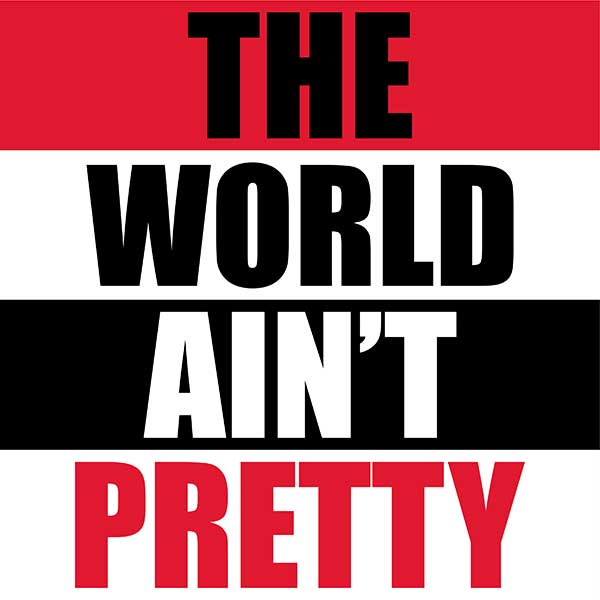 Sophie Zelmani: I’m glad the the vinyl is back. It hands you a certain value of the music you’ve chosen to listen to if you know what I mean? Something you can touch and that’s yours. And you’ve made an effort to get it and put it on and then it’s your world. Of course it’s sad that the CD is almost gone. I remember the days when you recorded from radio to audio cassette. You could sit and wait for hours for a certain song to be played and then you made your mixed song tapes. Streaming is both good and bad. It would take awhile for me to get into that so I won’t.

Another „Look-back“-question: Is there a moment you can look back on when you realized that you were no longer a child, that you had grown up?

Sophie Zelmani: One moment must be the birth of my daughter, when you realize and embrace the enormous responsibility that comes with parenthood. Another moment was loosing my father when I was 14. When you realize that life’s not endless and that it can happen at any time.

What do you think of the theory that great art comes from hunger and pain? Are you living a comfortable life?

Sophie Zelmani: Not necessarily I think. But in many cases I’d agree. My life is in a way comfortable but I have my struggles that stands a little bit in the way for a total acceptance.

You’ll tour this autumn in Sweden and there is an announcement of a concert in March 2023 in Berlin. What kind of set will you do?

Sophie Zelmani: This time it will be our ”basic” band playing. The four of us that’ve playing together since the beginning. A mixture of old songs and some from the new album.

Last Question: What would you have listed, as Woody Allen did at the end of „Manhattan“, as your reasons why life is worth living?

Sophie Zelmani: Oh, what a question…
To be able to say -
I’ve have loved and been loved
And that I’ve felt wonder…

Thank you very much and hope the answers will make some sense. Take care and all the best!
Sophie Zelmani //