Crowns Where Crowns Are Due: Kings of R&B in Amsterdam 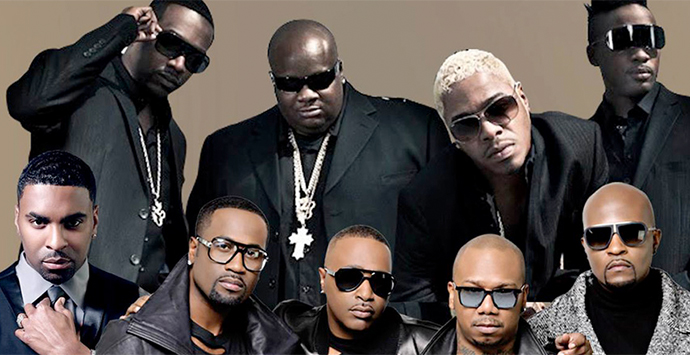 When I learned that Ginuwine, Dru Hill AND 112 would perform at The Box in Amsterdam on 28 September 2017, I not only started doing my happy dance but also got a ticket for this concert on the spot, that very second. No-one and nothing would stop me from attending this concert. I had a presentiment this could be one of these concerts I would tell my grandchildren about one day. These three acts mean the world to me. Their music was part of the soundtrack to my childhood and adolescence. Listening to their songs, is like traveling back in time to when I used to dance with my sister in front of the TV trying to learn and imitate the dances we saw in their videos. In addition, at present, unfortunately, there are not many groups/singers out there making R&B music like that, of that caliber and quality, anymore. Finally, I knew this show would be a once-in-a-lifetime opportunity to see all three of them perform that same evening. How often does it happen that three acts, you are equally crazy about, perform together the same evening? In a nutshell: I had to go: no moments of hesitation or doubts.

When voices made the walls vibrate and knocked our socks off

For obvious reasons my expectations were very high: These acts are known to be amazing singers, dancers and performers in general. And they did not disappoint me; quite the opposite: I was so blown-away, especially by the voices of Sisqo (Dru Hill) and Slim’s (112), I did not want to leave the venue and return to reality: All of them, but those two in particular, sing with so much emotion and have such a range that could make most other singers burst with envy. The show started with Ginuwine’s performance who impressed the crowd with his dance moves and a tribute to Michael Jackson. He interacted a lot with the audience and got us all to sing along and sway from left to right and back, etc. Dru Hill went on stage next and blew the crowd away. Their voices made the walls vibrate and knocked our socks off. Sisqo clearly stood out from the rest of Dru Hill (Beyoncé and Destiny’s Child-like): He simply has such a one-of-a-kind voice and conveys so much emotion when he sings, he can make you cry and fall in love through his songs. Finally, 112 went on stage and did their magic.

They still deserve the titles “Kings Of R&B" 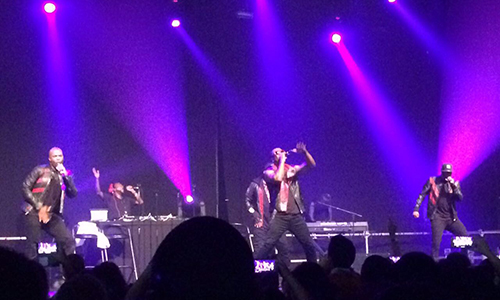 Unfortunately, it was already kind of late by the time they started performing, so the audience was a bit restless, as most people were trying to leave on time to catch the last train etc. (apart from that the concert was on a Tuesday so most people tried to get home not too late as they had to work the next day). Therefore people were a bit less excited. In addition, it was a bit of a bummer they kept promoting their new album and played many new songs. As much as I may appreciate hearing their new tracks normally, I really wanted to hear their old songs, those taking me back in time and that we all love so much. Summarizing, I enjoyed this concert a lot and even consider attending it in another country again. I am also a bit sad though because this concert reminded me of how much I love and miss music like this. I have a 90s R&B-kind-of-heart and therefore I am really glad I had the chance to see Ginuwine, Dru Hill and 112 after so many years again. And the best part is, they still deserve the titles “Kings Of R&B”. //