The Lost Daughter by Maggie Gyllenhaal - a review 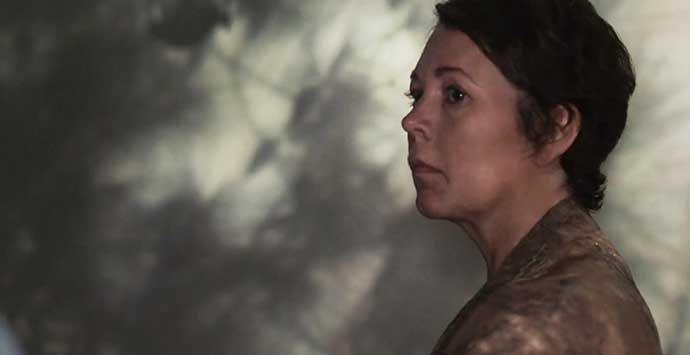 The Lost Daughter by Maggie Gyllenhaal tells the story of an educated woman in her late 40s who comes to find herself haunted by memories of motherhood.

The Lost Daughter by Maggie Gyllenhaal

“It’s important for me - for her, for all women - that her work be hers [...]. Mine already exists, with its strengths and defects.” wrote Elena Ferrante in The Guardian. This is Elena Ferrante, the author of The Lost Daughter, stating to pass the torch of her story onto Gyllenhaal, allowing the actress to make it her own. The statement in itself represents something empowering, an essence of independence and community that goes on to live inherently within the fabric of the film told by Gyllenhaal and the creative talent that she has brought on board with her for the screenplay adaptation of Ferrante’s book. The picture is set on a Greek island, on which the British college professor Leda, portrayed by Olivia Colman, finds her idyllic vacation interrupted by a large obnoxious family that happens to come to the same secluded part of the beach as her. A part of the family is a young mother, Nina, played by Dakota Johnson, who over time grows more and more exhausted by her little daughter that demands her constant attention.

Through observing the family dynamics and watching the interactions between the mother and her daughter, Leda finds herself confronted with memories of her own. Back-flashes show intimate moments of pure love and personal struggle between Leda and her own two daughters, shedding a different light on what motherhood might mean. Throughout each other's observations and the days passing by, the two women develop a unique bond of equal admiration. Nina, whose character speaks of youth, sexuality and lust, is embedded in family life and community while Leda depicts the opposite. She lives a new found form of independence that came to her with age, a selfishness she is able to endure in and freedom to be herself outside of a family construct. Through those opposites the women are drawn to each other, with the kind of curiosity that turns into slight obsession. As the story unfolds it grows into a very tense almost thriller-like depiction of alienation toward the self in search for connection. 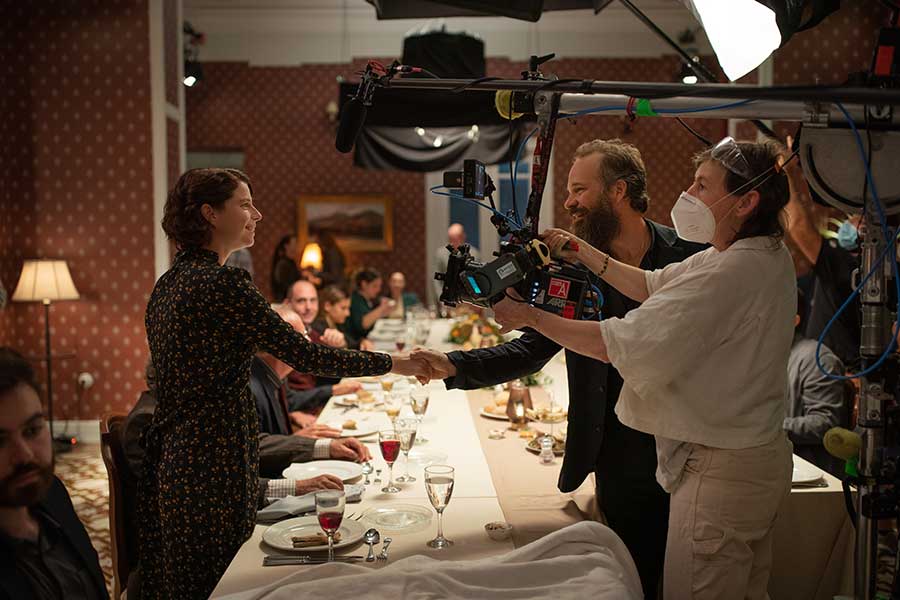 Haunted by her past decisions

Through its tangible cinematography, the movie plays with visuals that are very visceral and come to depict the inner landscape of the protagonist through inanimate objects that suddenly seem to have a breath of life within them. The more she searches, the more she finds the idyll of the island rotting away at its core. Leda constantly tries to clean the outside, to rid herself of bad fruits, of worms and insects visiting her at night and of wounds she carries on her back. But in the end she is haunted by her past decisions and by trying to accept that all of them felt good to her. An inner turmoil of what it means to impose a specific idea of a role on someone who is breaking by the weight of its expectation. Motherhood is at the center of the film, omnipresent in almost every frame. The question of what it means to each woman as well as what a woman is, beside being a mother. The Lost Daughter by Maggie Gyllenhaal allows to start a different conversation, far away from the mainstream depiction of what it means to be a mother by losing sight of what it means to be a woman outside of motherhood. Her approach is very honest in exploring the harder, darker, frustrating parts of the expected harmonious role and encourages a sense of community and recognition toward another in the various stages of life. Nina and Leda are seeing each other and admiring one another for who they are and what they are trying to do.

With the interwoven question of motherhood the film is deeply female, not only within the diegetic world, but also ebbing far beyond it. Beginning with its predominantly female cast that beside Olivia Colman and Dakota Johnson, includes Jessie Buckley and Dagmara Domińczyk, through to the female producer Osnat Handelsman-Keren and cinematographer Hélène Louvart, all the way up to Maggie Gyllenhaal is a rare sight. 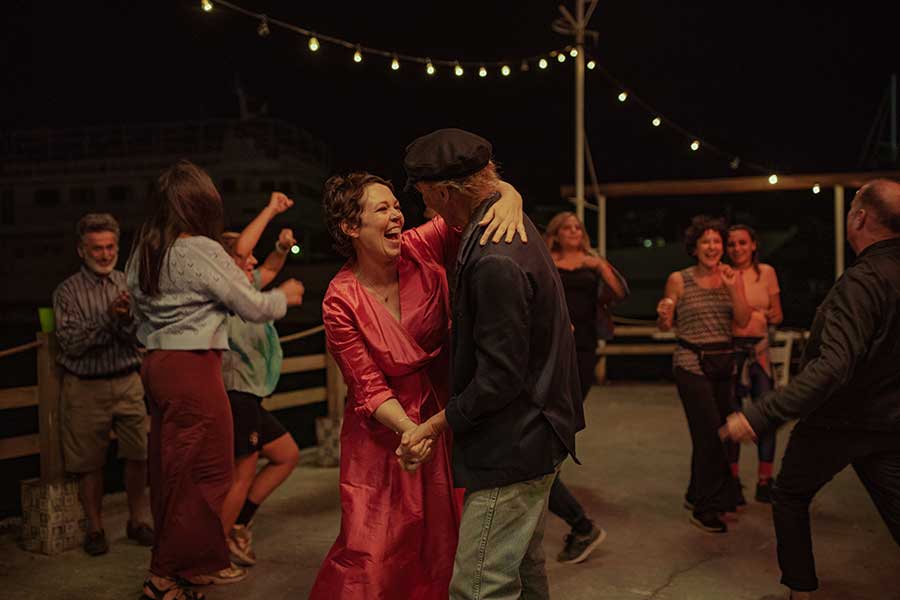 Reaching between the lines

Alongside motherhood, being seen and being admired is a very big theme within the story. It is not just a call to be seen as who you are, in all your facets and abilities, beside mothering, for Leda that seems to be her education in Italian, but also to be seen in a physical sense, in an aliveness. Therefor every scene seems to spew with sexual tension. There is a closeness between the characters that is constantly reaching between the lines, grasping to define itself, but never does. Even between the protagonists that have a very obvious distance, the viewer never knows where exactly that distance comes from and if it is not secretly rooted in a lust for more. The cinematography highlights that tension through a very strong physicality that is found within the frames.

A journey of self-discovery and acceptance