Living in realities in Everything and Dogtooth 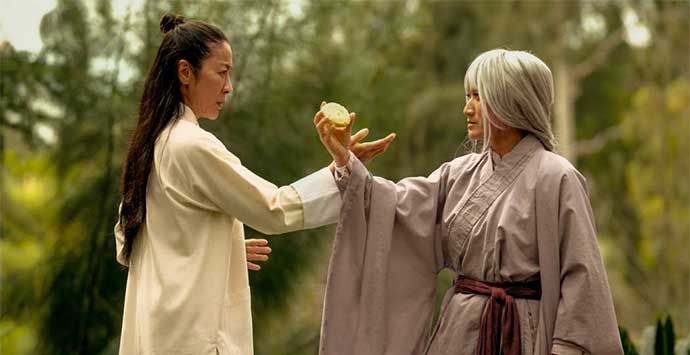 Looking at the perception of alternate realities through the lens of Daniel Kwan and Daniel Scheinert’s Everything Everywhere All at Once and cross reading it with Yorgos Lanthimos’ Dogtooth.

To begin with, I wanted to spice up the more linear structured reviewing and interpreting of the films that I had written about, but wasn’t sure how to go about it - then Everything Everywhere All at Once came along and made it easier.  Through its unconventionality and multilayered weaving of realities it made me think of Yorgos Lanthimos' bleak alternate worlds and especially his film Dogtooth. Maybe the parallels between the two seem far-fetched as the visual and the narrative styles are very different, but I am inviting you to follow me while I will do my best to try and detangle how it all makes sense in my mind.

Everything Everywhere All at Once 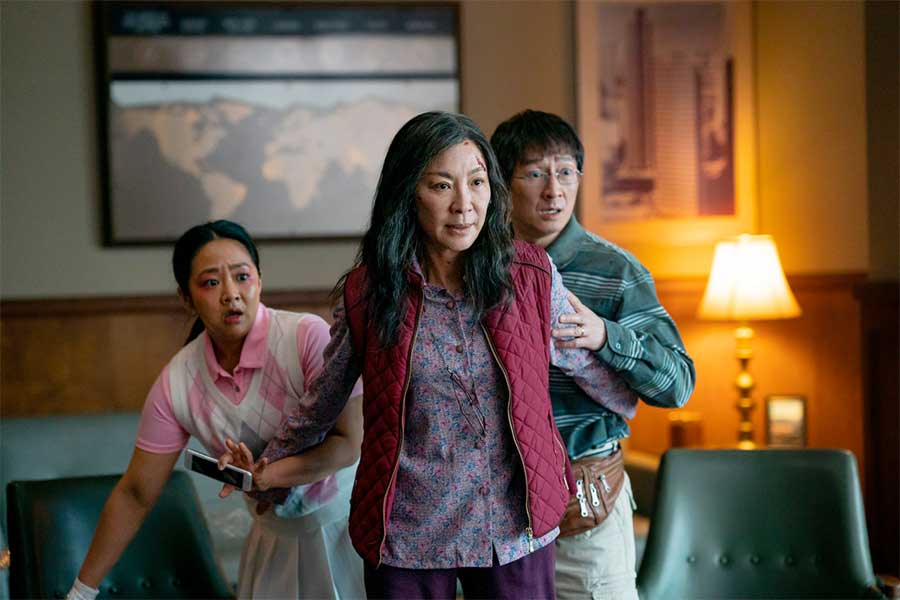 To me, Everything Everywhere All at Once is (2022) in its essence telling a story about acceptance and appreciation. Through exploring family relationships and their inter-generational dynamics as well as making the characters loosen their grip on their expectations of an idealized version of their lives Everything Everywhere All at Once comes to resolve the battle against the self and the other in the end.  The narrative is laid out in a way where the various strings of the story and the development of the characters are built out by universe hopping, which happens by them triggering events that cause the paradigm of their lives to shift into another gear. So very literally the characters are moving between alternate realities, in which they exist in different relation to one another. These parallel planes include all kinds of realities, from very “realistic” - in our understanding of the world - to very different, utopian, dystopian or just very different worlds, in which humans are not humans in the way we understand or are used to them.  Here is where Lanthimos’ reality comes into play for me. His world could easily be one of the stranger parallel universes, the only difference is, in his movie there is only one reality, but the characters attempt to create an alternate one. While Everything Everywhere All at Once is about waking up to the realization that there are infinite amounts of possible lives lived, Dogtooth is very much about keeping those possibilities boxed away and avoiding the wake-up-call to get anywhere near the protagonists. 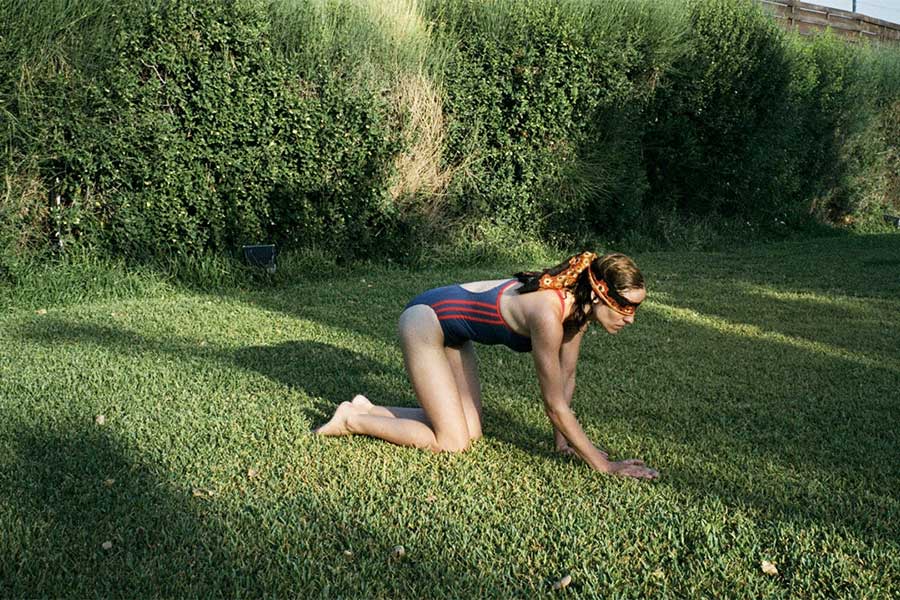 While Everything Everywhere All at Once is labeled a sci-fi adventure movie, Lanthimos’ film Dogtooth (2009) finds itself within the categories of drama and thriller. While these are very different approaches to storytelling, the similarities of the films’ narratives lie within the essential themes of exploring family dynamics and parallel realities, as well as the hierarchies that live within them. Again this movie explored the possibility of an alternate reality, a parallel universe of sorts, that exists within another one and the struggle to break free while trying to belong. Compared to Kwan and Scheinert’s movie Everything Everywhere All at Once, here the main subject is control, more specific control over - in this case someone else's reality.  Dogtooth tells the story of a middle class  family of five that lives in the Greek countryside. The controlling and manipulative parents raised their now adult children with a set of beliefs that is far from reality, this allows them to have total control over them while they are locked away on their land.  As both movies open up a huge amount of topics - a lot of them very intense - while making them seemingly appear in the visual periphery of the story, such as sexuality, incest, religion, trauma, mental emotional and physical violence, I want to add that I am not going to uncover them in detail here, but am more so looking to write about the overall idea of choosing your own reality by means of choosing your way of knowing, approaching and thinking about it. 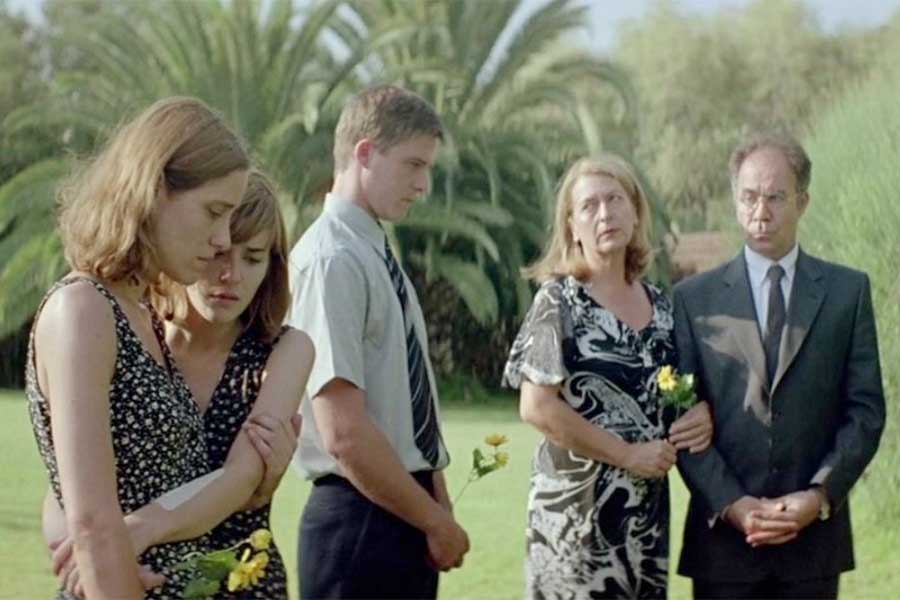 Bringing us to the obvious theme of family and inter-generational dynamics, which in my eyes is just more creatively portrayed and could be interchangeably looked at through the theme of parallel universes and realities. Suggesting that essentially everyone is living in their own reality through choosing their perception, their thoughts and feelings about where and how they live and what they deem to understand as right or wrong. So even though we might all perceive reality as one specific thing, there are millions of parallel universes walking and talking with and to one another through each and every one of us. The thing is Dogtooth, next to Everything Everywhere All at Once which harnesses such an expansive quality, is showing us a very narrow and controlled environment that presents the opposite of opportunity. Unconditional parental love compared to very conditional love and attention that is given. Control over your own mind and therefore your own life compared to control over someone else’s mind and therefore their life. While Everything Everywhere All at Once shows how powerful and rich your life and you through your decision making and feeling feelings and forming opinions about your lived experience are, Dogtooth addresses the powerlessness, the fear of authority interfering with your decision making and feeling feelings and the general lack of freedom when living in someone else’s reality.  Both films are coming to an end in similar fashion by showing the protagonist breaking out of someone else’s idea of what reality is supposed to be, even if that someone was a part of your own self. This again is not simply playing out on a merely personal or generational level, but questions reality, society, religion, conformism and the basic idea of how one wants to live one’s own reality in a world that sets a reality for you to belong to and fit in to. Making us question if keyboards are actually what we have learned them to be and pleading that a seemingly dull reality can be the one you dreamed of when approached in your aligned way and that a seemingly idyllic place could stand in the way of living one’s freedom.  Explore the movies Everything Everywhere All at Once and Dogtooth with an open mind, they have much to offer. //